Over the last 50 years Singapore’s growth can only be described as monumental.

In the 1960s, we had the same GDP as Nigeria. Today, Singapore has the 3rd highest GDP per capita in the world, overtaking the G10 nations and the other East Asian Tigers.

In particular, a marked acceleration in growth can be seen from 2000. This magical growth was not by luck, it was the result of a deliberate, orchestrated, series of national masterplans.

In the 1980s, our government pushed the use of technology, by

Strategic sector picking has moved us up the innovation ladder at supersonic speed. As an economist by training, every bone in my body shudders when I think about interventionist industrial policies. However, it seems to have worked for Singapore. Small country, maybe.  Luck, possibly?  I was recently looking for “infographics on education technology” when I came across this cute infographic.

The infrastructure and the education initiatives from this 10 year IT and Innovation masterplan were so visionary, so forward looking, I could not believe my eyes. Mind-blowing amounts of investments were made to ensure that our education system and infrastructure can support the digital age our children are growing up in.

Creating the infrastructure and providing access to abundant capital has been key to our success. It has created a networked nation and a talented workforce. This year, Singapore topped the global OECD PISA rankings for Math and Science for the first time, overtaking Shanghai. What’s known as “Singapore Math” is widely adopted across the US as well as in the UK. Our Math is 2 years ahead of the US (where we do algebra at Grade 5 instead of Grade 7).

We have had it good for the last 50 years, But we’ve been told what to do – Be productive. Be smart. And by most part, we have followed. Like paid advertising, the voice of the government has been shouting so loud, it cannot be heard anymore.  We’ve been bribed and spoilt with monetary incentives (utility bill gifts, tax rebates) that we don’t feel or appreciate it. And that’s the problem with focusing on money to make people happy.

So what then for the next 50 years? I often hear that our challenges are productivity, population and identity.

But let me suggest we reverse this and start with identity, because I think that is the hardest, but most critical, and must be addressed first.

For the next 50 years: Focus on our Core

How do we do this? I can only offer the lessons I’ve learnt from the leaders who have done it.

I think we are nearly there. We have the most innovative government in the world. Yes, our government makes mistakes, and they change their minds, but that’s the art of innovation. To constantly mistakes and constantly change your mind.

Howard Schultz, Starbuck’s CEO wanted to create a company that would be known as much for its value, its principles, and its culture as it would the quality of coffee. He talks about how Starbucks maintains a balance between profitability, shareholder value and heart. He decided not to franchise Starbucks as it would not maintain the culture and values of the company — “it’s just access to cheap capital.”

When a shareholder disagreed on Starbuck’s support of gay marriage, arguing that it would hurt its share price, Howard Schultz replied that he had delivered 38% shareholder returns. As the leader of his people, he would embrace diversity. For those that are not happy — “short Starbuck’s stocks and buy something else”.

In a time where there is fracturing of trust, if we can show that we, as a nation, can respect our people as human beings, not as paychecks or line items on a balance sheet, this will build national identity and loyalty.

Who would have thought it would be possible to build a billion dollar business around buying shoes online? Tony Hsieh had one singular objective — to make his customers and employees happy. And he believed that if he could achieve that, he would attract the right customers, the loyal customers, the money would follow. Tony would not use monetary incentives to win customers, he would rather invest in their loyalty.

It’s not just online shoes, Wharton’s Business School’s research has also shown that companies with happy employees outperform the stock market year on year. In fact, Wharton recently appointed a Happiness Officer. His job? To make students happy. He reminds them that their problems (not dissimilar to ours) are champagne problems. The result, a happy experience at Wharton. And with happier, more loyal students, Dean Kembrel Jones has increased alumni donations by more than 50%. 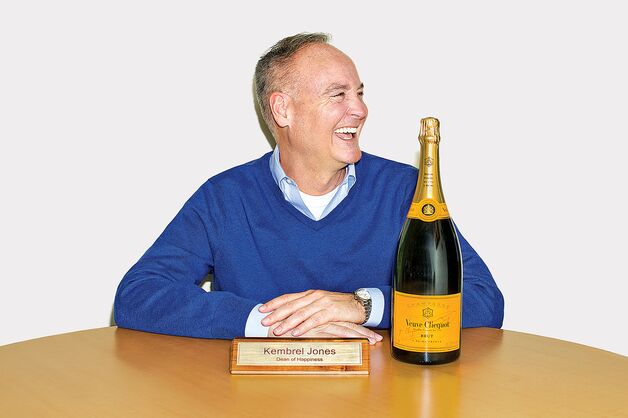 And as a reminder to all Singaporeans of what I believe our national identity stands for, this is the national pledge that we’ve said every morning when we were growing up in school. And note the order in which the goals are stated (and it’s not alphabetical):

We, the citizens of Singapore, pledge ourselves as one united people. Regardless of race, language, or religion, to build a democratic society, based on justice and equality, so as to achieve happiness, prosperity and progress for our nation.

Embed our Identity with Education

If you only teach coding, you will create a nation of robots.

We need to teach creative confidence. So that we can cultivate a community with creative class.

We need to up our written and spoken skills. Tim Ferriss talks about how one of the few unifying factors that all the best entrepreneurs have is that they are all good communicators. And they only get better with practice. But unless you video yourself every time you speak, it’s hard to review yourself speaking. That’s why writing is so important. Writing and speaking are not our strengths. And it cannot be mastered with technology. It has to be practised. Swipe, reflect, write.

Typography should be a compulsory component of education, as must graphic design. Steve Jobs spoke about how it was only after he dropped out of college and took a typography class (that has no practical value) that made Apple design so successful. An appreciation of beauty and elegance and form and factor must be taught because that cannot be mastered with technology.

Let’s not forget music. Music is vibrations. And the human body is 70% water. That’s why music affects us so much. But great music is not made with technology.

But most of all we need to learn art. And what is art?

Art is the work of a human being, acting like a human being and connecting with someone they care about. Art is using your judgement not following a manual. Art is being real and present and generous with people in your community, that is unpredictable. And what makes it art is that you are doing it for the first time and you’re giving it away, with generosity. — Seth Godin

Let’s Learn to Give

The only to teach the art of giving is to show by example.

(work exchange, accommodation, moving expenses, tax equalisation paid for by the government). Singaporeans don’t know how good they have it because they have never lived overseas.

Theses are not things that can be told or taught to Singaporeans. We have to be pushed away to live it and learn it.

It’s a paradox, but the best companies don’t try to force their customers to their product — they’re willing to push them away, if it improves the quality of the customer experience. I’ve lived in Tokyo, London, New York. And that has only made me appreciate my country even more. And I came back.

Give Unconditional Bond-free Scholarships for Singaporeans with Talent:

Let’s give free education for Singaporeans. Unconditionally. Not just those that get into Ivy League or Oxbridge Universities but to whoever gets into the best Universities around the world for any kind of talent. And let them choose what they do with it. They can make mistakes, they should make mistakes, but it is ok, because we have taught them to learn from it. With the right values, identity and loyalty, the ones who take it, whether they return or not, they will find a way to pay it back. It’s a waste if our students don’t go to these universities because they can’t afford it. And it is worst if people don’t have kids because of it.

But Protect Our Identity

But before we give, we must protect our identity, which belongs to us, born and bred Singaporeans.

Don’t inflate the cost of failure:

Our education system has evolved and has gotten better. But as we keep our standards high and as we beat the world rankings in math, science and technology, let us also take the focus away from grades and IQ and celebrate talent and encourage our children to try everything and to pursue their passions. We can work a 4-hour workweek and have time for everything else because of technology.

Don’t give away cheap money:

When we show venture capitalists cheap money but penalise local founders with $1,000 salary, we’re signalling that we trust outsiders more than we trust ourselves. Yes — make capital abundant but make them pay for it, with a minimum 44% guaranteed return. We’re already giving them access to our best infrastructure and our best talent. Attract the right VCs, and they will come. The ones that come to make meaning not money, the ones that will teach our youth the entrepreneurial skills we need.

Trust is scarce. When we try to encourage productivity and innovation with grants, but hide what is eligible in a spreadsheet that is easily unhidden by anyone with basic excel skills, we are signalling that we do not trust Singaporeans. And naturally, we will attract abuse. Sadly, the people who need it, will not benefit from it.

If we do not address this, then we are doomed to become a nation of followers, run by foreign talent.

“There is a difference between effectiveness and efficiency.” — Tim Ferriss

We are far too evolved to be efficient. We have already leapfrogged the cheap labour curve with technology. Let’s be effective! But effective means action. And we need passion for action. If all we are, is competent and obedient, then there is no future for us. We must protect our identity, and know what we stand for. And entrenched in our values, we must give, openly.

Finally, don’t let the bozos get you down. We are already the most innovative, richest, smartest country in the world. We have everything. Let’s just give. And the rest, the economy, the productivity, the population will follow.

We are Disneyland, without the death sentence. And why do I know this? Simple!

I believe in magic!