One of my favourite Seth Godin quotes is “On average, averages are stupid” (read post).

Here’s what’s worth discussing instead: What are the outliers? What do they have in common? Are there explainable trends, or is there merely noise?

Indeed, statistics can indeed be misleading as well as revealing. And so I decided to make this quote using Canva. (Read: 8 Secrets to Canva’s Success)

What I really wanted to achieve was some kind of reveal animation with white space. The idea was that each word would have a drop shadow but depending on the colour of the background, you wouldn’t be able to see the shadow or the word. 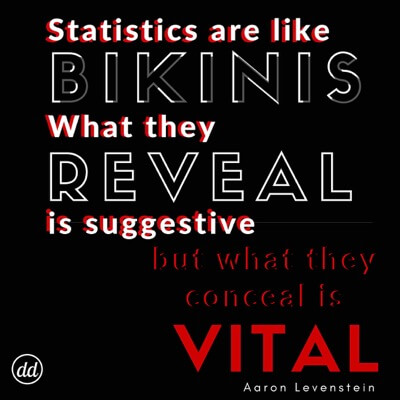 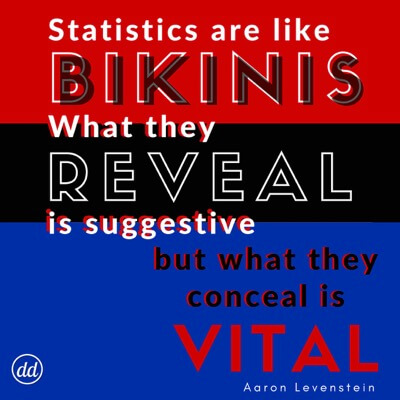 EzGif is by far my favourite Gif maker / editor.  You can make gifs, optimise them, split them, convert to video, add text…

This is not my best work, but it’s the first time I’ve tried something like this! Someone else could have done it better perhaps. But as Seth Godin says:

“Learning to ship work that isn’t perfect—work that will never be perfect—is hard to get used to. But it’s part of a decision to make progress each day, share it with the world, and grind some more.

The lizard brain hates failure, and thus it hates creativity or the launch of anything that might make a fuss (which can lead to failure).” – Seth Godin

So this is what I’ll do! And next time, it’ll be better!

I posted this gif on Tumblr, with an IFTTT recipe that cross posted it to the Reddit gif sub-channel. Guess what! I got a number of retweets!

Turns out they have gif bots that retweet your gif!

#Statistics are like #bikinis. Look under the surface. ??? #qotd… by @debbiediscovers #gif pic.twitter.com/I1DyglYz0U

Gif: #Statistics are like #bikinis. Look under the surface. ??? #qotd… by @debbiediscovers via /r/gif https://t.co/xkLwP6BmRV